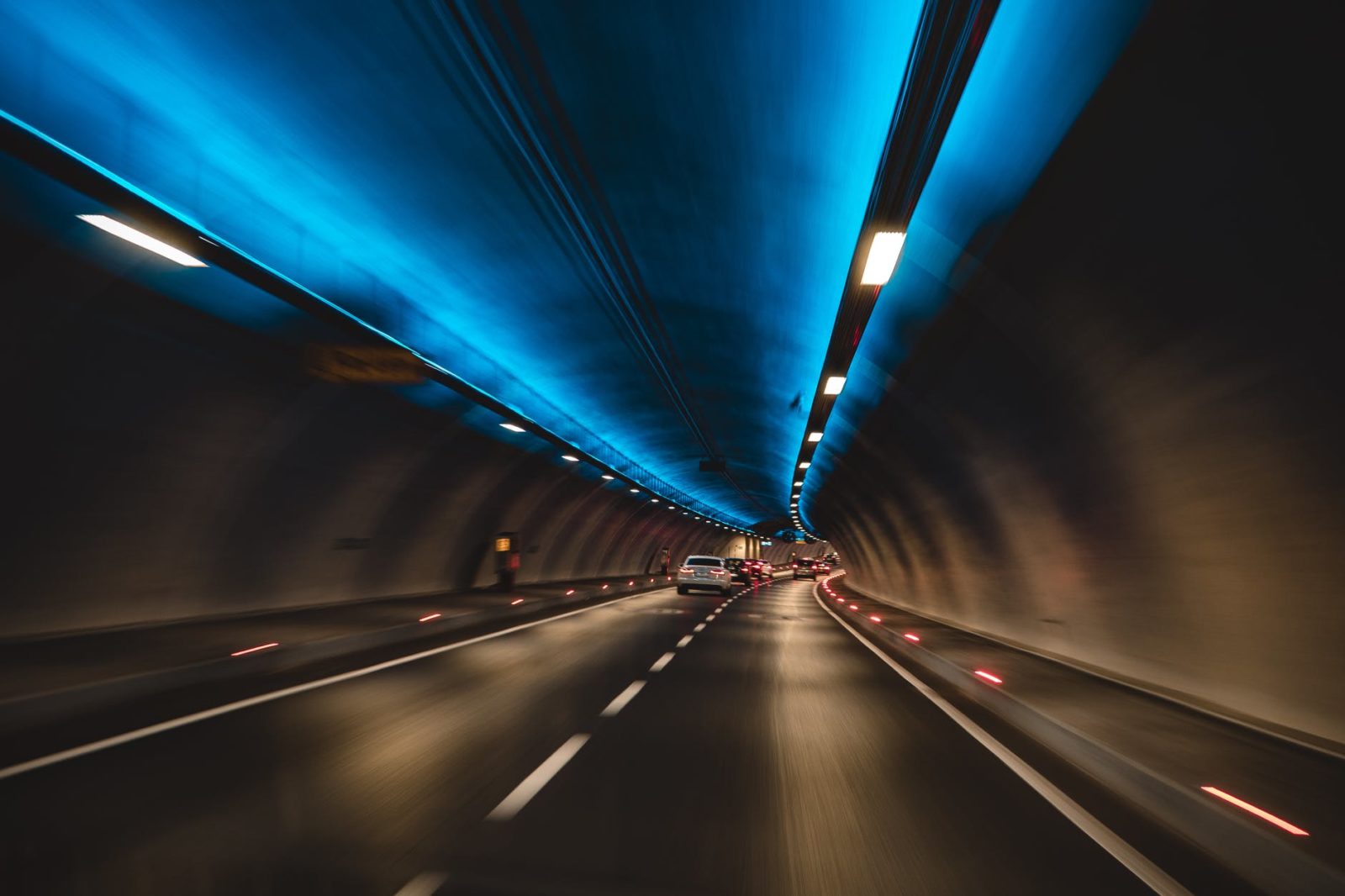 Smart cars, drones and car sharing are some of the ways smart cities will reduce traffic congestion. Read about 7 innovative solutions for cities.

With fewer commuters traveling to and from work each day, cities around the world are experiencing a temporary decrease in congestion. As a result, air quality has improved dramatically, showing us the positive environmental impacts that come with reduction in traffic.

However, as things begin to normalize and commuters get back in their cars, cities will inevitably see a rebound in traffic congestion. This means that now more than ever, taking the time to implement key solutions for traffic reduction is vital.

In California, drivers deal with some of the most congested freeways in all of the U.S., the good news is you often have good weather while stuck in traffic. The bad news? You’re stuck in traffic. According to the Bay Area’s Metropolitan Transportation Commission, traffic on major San Francisco-area freeways has increased by 80% since 2010. California is just one example.

Major tech companies are taking their headquarters out of the suburbs and into cities to give their employees an urban lifestyle. However, the sudden growth in these cities has turned the “traffic headache” into the “traffic migraine.”

Although it may seem impossible, technology can help. We’re talking about a future of networked systems sharing rich data about our roads and pedestrians, giving way to smart cities. And it’s already happening now.

For example, cities can use aggregated data from connected vehicles to automatically identify potholes and other poor road conditions. The data can be integrated with government management so that public works or maintenance workers can automate dispatching and work orders.

Global spending on smart cities initiatives is projected to hit a staggering $189.5 billion in 2023. One of the most important factors in developing a smart city is making sure Internet of Things (IoT) systems are implemented in an integrated fashion. Every piece of technology must work and communicate together in order for city leaders to use IoT data effectively to improve the lives of citizens.

The Smart Cities Council says that a: “Smart city uses information and communications technology (ICT) to enhance its livability, workability and sustainability.” Cities can take intelligence from sensors, IoT devices and other connected systems, then analyze it, to help better understand events and forecast emerging trends.

The IDC Smart City Spending Guide suggests that global spending on IoT and Smart City technologies will crest $124 billion in 2020. This equals a year over year increase of 18.9% compared to 2019. The study points out that data driven intelligent transportation solutions account for 14% of the total global spend. The three areas identified as some of the most immediate sectors to see IoT investments are energy management, public safety and transportation.

So what is a “smart city” technology? Well, that’s the cool part of IoT. For example, cities can inject smart tech on a mass scale into their electrical grid or municipal vehicles fleets to gain efficiencies and promote green energy initiatives. Or IoT can be deployed to measure air quality, water/wastewater management, fill levels in trash cans, necessary illumination in street lighting, Wi-Fi in public areas and so much more. Yes, there are challenges like funding and having the right, skilled workforce that can plan, implement, maintain and analyze a smart city network. But we’ll save that for another post.

For now, let’s take a look at some of the neat things happening in cities that are addressing the real reason you’re reading this blog: dealing with all those parking lots also called roads.

Smart cities can look forward to faster and more reliable internet connectivity on the 5G network. 5G is expected to have average download speeds of 50 Mbps and 10 ms latency as compared to 15 Mbps and a latency of 50 ms. Although this won’t be available to all, since coverage varies depending on location, device technology and provider.

1. Adaptive traffic signals
Traffic signals are getting smarter through V2I technology. The city of Columbus, Ohio, for example, is using data from its government fleet vehicles as part of other smart city pilot programs to also improve the timing of traffic signals and institute more solutions founded on DDDM. By getting a better idea of traffic flow and how long a vehicle idles at stop lights, the city can better modify traffic signal timing with the changes in traffic throughout the day.

2. V2I smart corridors
Some smart corridors include adaptive traffic signals, in which signal timing changes are automatically made depending on actual traffic demand. Smart corridors can address traffic congested roads as well as hazardous areas, such as one major highway in Wyoming used heavily for freight transportation in addition to regular passenger cars.

Using V2I technology, Wyoming implemented a pilot project that would send safety-related weather and accident alerts to drivers volunteering for the program. To do this, 75 short-range communications units are being installed along the highway that can communicate with the other units and the vehicles that have devices installed. Officials expect a significant effect on safety and even the economy since the state will likely spend less energy on accident clean-up and highway closures to deal with tractor-trailer blow-overs.

The City of Atlanta has committed to smart transportation investment in V2I with adaptive traffic signal technology, connected video cameras and more, the city is serving as a real-world testing ground for smart transit corridor technology to reduce traffic congestion. Atlanta has recently approved an investment of $173 billion over 30 years towards a transit overhaul plan.

Geotab also collaborated with Waycare and the Regional Transportation Commission of Southern Nevada (RTC) to create a first-of-its-kind product that uses data-driven analytics and actions to support traffic signal operation.

3. Autonomous vehicle technology
While autonomous vehicles won’t necessarily decrease the number of cars on the road, they are likely to reduce congestion and collisions due to driver error.

Platooning is one example of an autonomous vehicle technology. If all roads on the vehicle had autonomous technology, vehicles would be able to speed up and slow down, and merge onto and off of freeways without human intervention, creating a much smoother driving pattern. Platooning is a first-step toward self-driving cars since it requires vehicles on a freeway to communicate with each other about speed and conditions, allowing the vehicles to travel consistently. It would eliminate human error that causes issues like phantom traffic jams, which are caused by the ripple effect of a driver braking in the middle of a freeway.

Further bolstering public transit with more first- and last-mile solutions, will also help with traffic congestion by ultimately reducing the number of passenger vehicles on the road. For example, companies like Lyft and Uber are looking at how autonomous vehicles could make their services more viable in conjunction with public transit.

4. Real-time traffic feedback
This affects use of public transit, such as a new project in Kansas City that has a free streetcar carrying up to 6,200 passengers a day in a major business district. The success of the program is largely attributed to all the real-time traffic feedback — not just for where exactly the streetcar is at all times but also the traffic around the downtown area, IoT modules in kiosks allowing them to show available parking spaces, etc. (It also helps with ridership that the streetcar has free Wi-Fi.) This 2.2-mile “smart district” corridor even has street lights that dim when there are no pedestrians walking beneath.

Real-time traffic feedback also makes concepts like “congestion pricing” a little easier to sell to consumers who are used to using roads for free. Instead of the typical toll for express lanes, this would change the pricing structure based on peak traffic times and for high-occupancy or exempt vehicles, with the goal of discouraging single-passenger drivers to be on the road at peak travel times.

In Los Angeles, they’re stepping even further back to examine pedestrian traffic. They’re taking vehicle and pedestrian traffic data and making it open to the public, which means housing authorities and residential developers can better pinpoint commutes, and where housing should be developed to help reduce traffic coming into already congested neighborhoods.

6. Carsharing and multi-modal solutions
Reports are not yet consistent on whether or not carsharing and ride hailing apps alleviate congestion. But either way, they provide alternative options. City planners and those in the public transit industry see it as an issue of connectivity — making it easy to grab a car through a private company’s app to head to a public transit station.

Though not-yet implemented, the winner of the Department of Transportation’s Smart City Challenge, Columbus, Ohio, plans to invest into a trip planning app that would integrate its multiple modes of transportation and would also establish a single, streamlined payment system. Better connecting the modes of alternative transportation would encourage more urbanites to forego a car altogether. Read Jean Pilon-Bignell’s post on the Canadian Smart Cities Challenge.

7. Replacing vehicles with drones
There are some tasks done by city governments like checking water meters and utility lines that don’t necessarily need to be done by vehicle. With the emergence of IoT-equipped drone technology, utilities and public energy authorities are increasingly using drones to do these regular tasks instead of sending out field workers in a bucket truck. Los Angeles is even looking into drone technology to do things like firefighting.

And of course companies are looking at drone technology to do inner-city tasks too, such as Amazon’s drone pilot program for short-distance deliveries. In fact, President Donald Trump signed an executive memorandum to make it easier for these types of companies to test drones in cities.