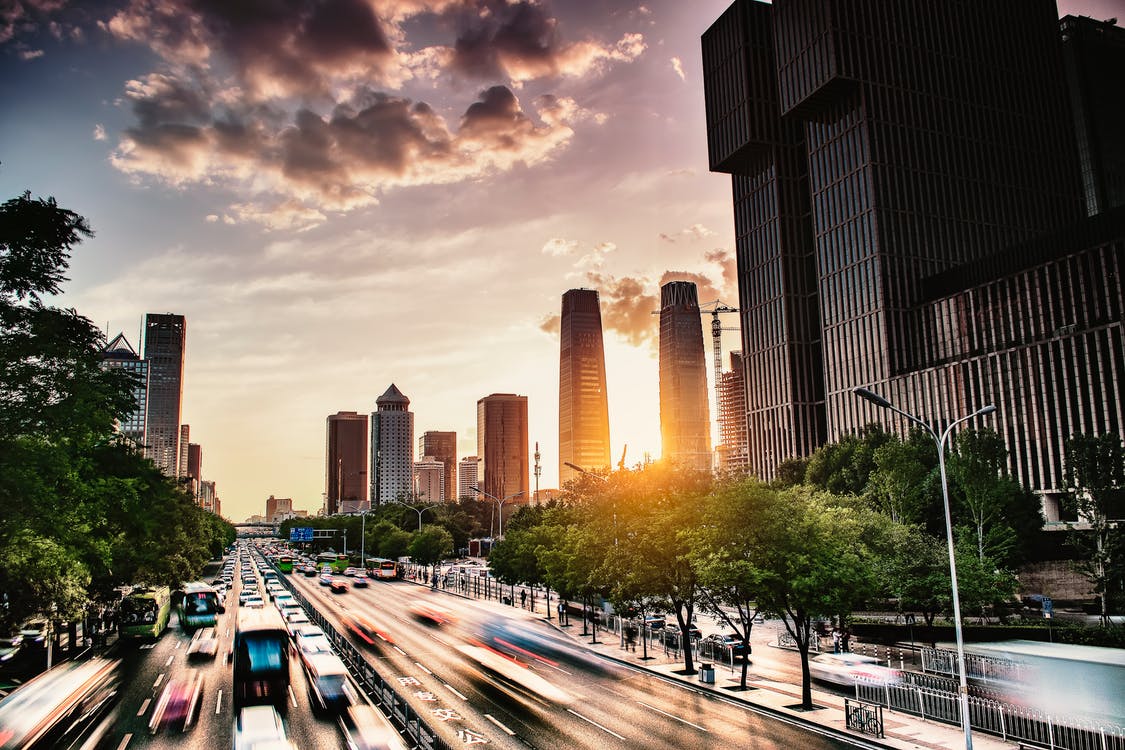 U.S. transit ridership has been on the decline in recent years, with industry experts offering a number of reasons for the trend. Among them: relatively stable gas prices; an improving economy enabling more people to own cars; transportation network companies (TNCs) such as Uber and Lyft attracting customers who otherwise might take transit; and public frustration with train and bus services not running on time.

Last year, transit ridership dropped 2.9 percent to 10.1 billion trips compared with ridership in 2016, which was down 3.1 percent compared with 2015, according to the American Public Transportation Association (APTA). Although much of the ridership dip occurred on bus services, rail ridership also took a hit. In 2017, U.S. heavy-rail ridership fell 2 percent to 3.8 billion trips, while commuter- and light-rail figures slipped 0.19 percent and 0.83 percent, respectively, APTA reported. Those decreases occurred even as several U.S. cities opened new light- and commuter-rail lines, built extensions and launched streetcar routes.

“Growth in subway ridership began to fall as app-based companies took to the streets. This trend is especially apparent after lower-cost ride sharing services, including Via and UberPOOL, launched in the city,” the NCEDC stated. “Uber, Lyft, Via, Juno and Gett provided roughly 93 million trips in 2016, up from 41 million in 2015.”

The popularity of TNCs — as well as the potential for autonomous vehicles to transport people more efficiently — has led some transportation industry observers to predict that mass transit ridership will only continue to fall.

Of course, APTA officials and transit industry executives don’t see it that way. If anything, the Ubers and Lyfts of the world have helped push agencies into a bigger-picture conversation about how they’ll serve as the go-to manager of passengers’ day-to-day transportation options and needs.

For the past several years, U.S. transit agencies have been grappling with the “first-mile, last-mile” challenge — that is, helping riders travel that short distance to or from a train station or bus stop. To help close that transportation gap, agencies have adopted a number of strategies, such as partnering with Uber and Lyft to subsidize transit riders who use those services to get to and from stations.

Agencies also made it easier for riders to bring bicycles and skateboards on board trains and buses; launched their own bike-share programs; installed easier-to-follow signage directing pedestrians to transit stations; and created neighborhood shuttle or van services to pick up riders at their doorsteps.

Moreover, many agencies are embracing the concept of “mobility management” — designing or providing transportation that begins and ends with the rider, according to APTA. Agency execs say mobility management is the next step in solving the first-and-last-mile dilemma.

“Transit agencies across the country are focused on their next step in the overall progression of being isolated agencies and more toward this mobility management role,” says Ben Limmer, assistant general manager at Metropolitan Atlanta Rapid Transit Authority (MARTA). “They’re really trying to get customers to the most effective mobility option in real time in order to make their trip to and from wherever that might be.”

A recent report by mobile ticketing and software company Masabi illustrates why transit agencies should work in partnership with TNCs and other entities to address passengers’ daily transportation needs. In a survey of more than 1,000 U.S. residents with access to public transit services, the firm found that:

“By implementing the types of convenience features found in ridesharing and other transportation alternatives and integrating multiple transit modes to deliver full first-last mile mobility, the emerging mobility ecosystem is set to provide a viable alternative to car ownership,” said Masabi CEO Brian Zanghi in a press release. “Getting there, however, will require public/private partnerships between the agencies and mobility services that Americans already depend on every day.”

For its part, MARTA has been “very busy” figuring out how to provide safe and efficient first-and-last mile connections, according to Limmer.

MARTA has been improving way-finding initiatives for pedestrians and motor vehicle drivers; installing ADA-compliant pedestrian infrastructure; and creating a bicycle infrastructure to connect to the transit system, he says. For example, MARTA cooperates with the city’s initiative to make Atlanta a friendly place for bike riders. In 2017, the agency completed a partnership with the city to install Relay Bike Share kiosks at 16 MARTA rail stations. Plans call for MARTA to expand Relay to rail stations outside the city, says Limmer. “We’ve done a partnership with bikeshare organizations and car-share companies. And we work with a lot of what I call hyper-local transit organizations; these are focused on private buses or shuttles that take patrons to and from MARTA bus and rail systems,” he says.

In the future, MARTA plans to launch a new “MARTA On the Go” app that will provide riders a one-stop source for information and choices for their mobility options. The agency is beta-testing the technology, which would enable riders to use the app to plan, book and pay for their entire journey starting from their homes, Limmer says.

Combining technology with the plethora of mobility options is how transit agencies will evolve in the future, Limmer believes.

“That’s really where we see transit agencies going — toward being mobility managers,” he says. “More specifically, they’ll be migrating toward a one call, one click, one play, one pay transportation network overall. You’ll be able to use the same app to make a variety of trips.”

Meanwhile, the Los Angeles County Metropolitan Transportation Authority (Metro) has been applying a comprehensive approach to its first-and-last-mile predicament. In 2014, Metro adopted a first-last mile strategy and guidelines calling for infrastructure improvements that create “easy, safe and efficient access” to Metro stations and stops. In 2015, the agency’s first-and-last-mile guidelines won a national planning excellence award for a best practice from the American Planning Association.

“At its core, the strategic plan is a planning method, so it allows us to look at any location, station or bus stop, figure out the difficulties that our passengers are encountering and proceed toward improving those conditions,” says Jacob Lieb, senior director of Metro’s first-and-last-mile planning.

Many transit users live close enough to get to the Metro system by foot or bike, skateboard, scooter, skates or wheelchair. However, they may face challenges getting there, such as long blocks, freeways to cross, broken sidewalks and safety concerns. As a result, many of Metro’s first-and-last-mile efforts have involved planned improvements to streetscapes, sidewalks, crosswalks and signals, as well as adding wayfinding signage, bike lanes and lighting near and around stations. Planning is underway to improve existing stations, while station-access issues are being addressed in all new transit development plans.

Other elements in the first-and-last-mile “toolbox” include Metro’s own bike share program that it operates in Los Angeles, Venice and Pasadena — with more locations to come. And later this year, the agency will launch a microtransit pilot project that will offer shuttle bus or an “Uber-type” curb-to-curb service, says Metro spokesman Rick Jager.

The results of an annual ridership survey will help the agency determine what else to put in the toolbox, says Lieb. Metro also is researching why people living in a metropolitan area known for motor vehicle gridlock are not using the local transit system. (Rail ridership has grown as the agency has opened new lines; it’s primarily the bus service that has declined, Metro officials say.) For example: Are they not riding because getting to a station is difficult and, if yes, how so?

Ultimately, tackling Metro’s first-and-last-mile challenges will require tighter relationships between the agency and the neighborhoods where transit stations are located.

Metro planners learned that lesson earlier this year when they used the agency’s new strategic plan to conduct a comprehensive study of first-and-last-mile issues on the Blue Line, the system’s oldest rail route. The 22-mile light-rail line runs between Los Angeles and and Long Beach.

“The Blue Line travels through heavily low income and transit-dependent communities, and has the most challenging existing conditions in terms of safety and access around the stations, particularly because it’s sharing space in the corridor with goods and freight movements,” says Lieb.

Cast a wide net for solutions

Metro’s planning team cast a wide net to come up with solutions for improving access to each station, as well as proposing improvements in neighborhoods via transit-oriented development. The entire Blue Line effort could result in up to $1 billion in potential investment, according to Lieb.

The team partnered with community-based organizations (CBOs) to help ascertain first-and-last-mile challenges and needed infrastructure improvements along the line. The report, which came out in March, features recommendations specific to each station and its community.

Efforts to draw up the plan included walk “audits” of neighborhoods, as well as discussion groups that addressed neighborhood issues such as redlining, gentrification, policing and security.

MARTA is testing a future “MARTA On the Go” app that will give riders a one-stop source of information and choices for their mobility options.Sean Pavone/Shutterstock.com

“By [its] very nature, first-last mile infrastructure can be the most neighborhood oriented element of a transportation system that a person uses,” the final report states. “As a consequence, identifying first-last mile challenges and improvements becomes part of a much larger canvas of how a community defines its character. And that means the community needs to be engaged in early first-last mile planning, and the actual implementation of a plan’s recommendations.”

Lieb says working directly with CBOs and neighborhood groups to dig deeper into issues that define their communities gave Metro planners a “different perspective” from what the agency has done in the past to address station-specific problems.

“Our real point of emphasis is to expand our sphere of interest into the public right-of-way around our stations,” he says. “And what we’ve seen to this point is pretty great enthusiasm from the jurisdictions in wanting to maximize the value of transit stations in their cities, and in working with transit agencies to improve their streets.”