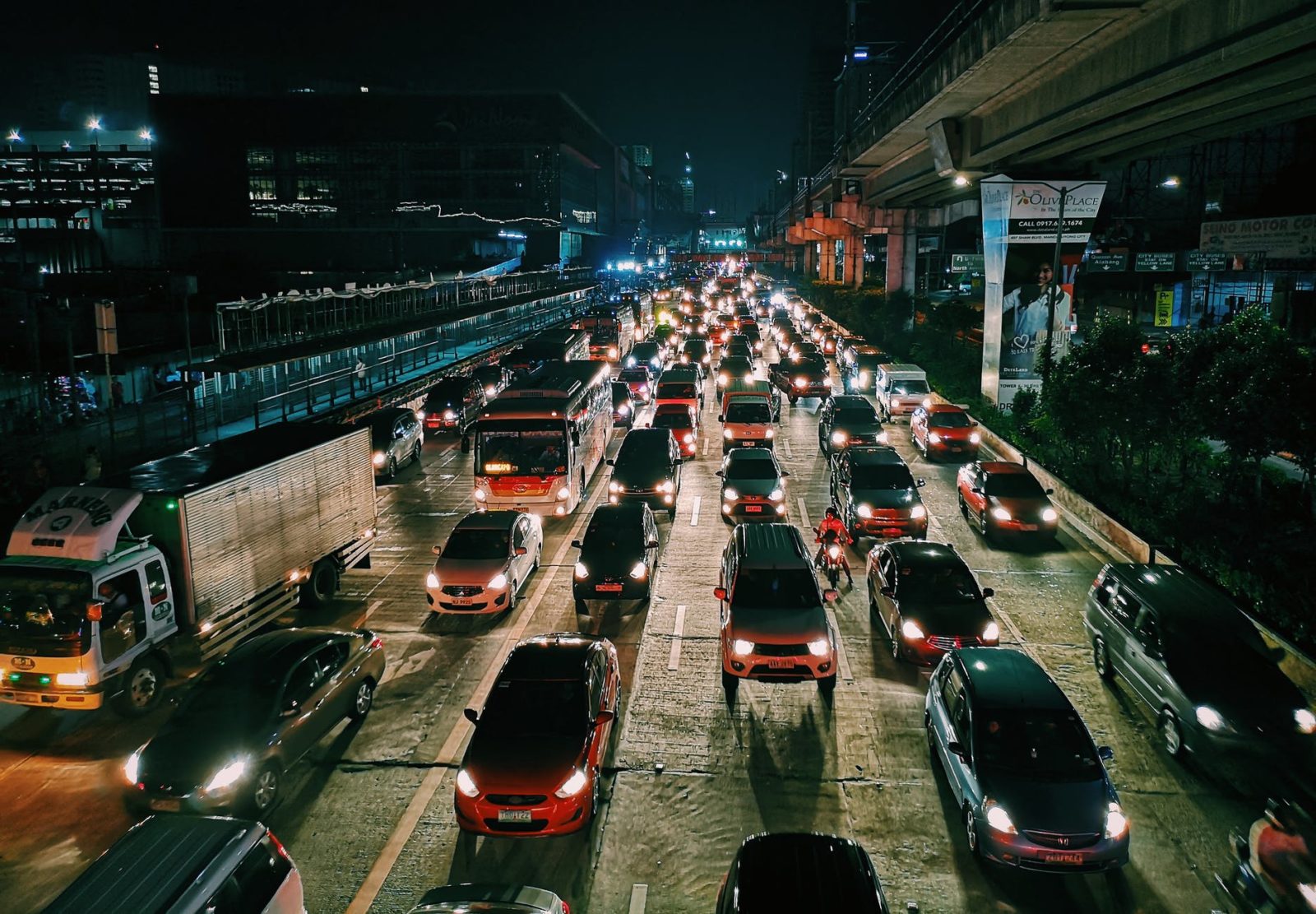 How self-driving vehicles will change Moscow

In 15 years, the share of self-driving passenger vehicles on Moscow’s roads will exceed 60%. However, this change will not have a significant impact if personal vehicle travel is not reduced and car sharing services are not expanded. For the first time, HSE University researchers have assessed the effects of self-driving cars on the city. In their study, Alexei Zomarev and Maria Rozhenko lay out predictions for 2030 and 2035. https://foresight-journal.hse.ru/en/2020-14-/350698855.htmlScenarios for the Future

In the coming decade, self-driving vehicles will come into wider use. Researchers are looking more and more at not just driverless cars themselves, but at the potential of their shared use–so-called shared autonomous vehicles (SAV).

This potential affects two contemporary services: ride sharing (in which travelers share a vehicle for travel along a similar route) and car sharing (short-term car rental). When self-driving cars begin to be used for these services, these services will become one–minus the driver.

New technology will affect people’s mobility, people’s employment, road safety, the environment, living conditions, and the accessibility of road transport. Taking these factors into account, Alexei Zomarev and Maria Rozhenko created models of how Moscow will look in the near future.

Based on official city strategies and available data regarding the number of passengers per car, auto sales, the efficiency of road networks, and so on, the researchers created four scenarios for 2030 and 2035:

The scenarios are characterized by different rates of integrating driverless technology into city transport, as well as different possible states of the public vehicle market, including both traditional and self-driving vehicles.

The Stagnation and Robotization scenarios result from a low level of shared service development, while the Absolute Mobility and Shared Use scenarios are characterized by a high level.

The researchers explain their choices of 2030 and 2035 for their model thus: 2022 marks the beginning of the implementation of driverless taxi services, and 2024 is when self-driving cars will be permitted for private use. The years 2030 and 2035 are therefore optimal times for analyzing changes in transport behavior. Moreover, due to poor source data quality, 2035 represents the outer limit for conducting official forecasts.Stagnation and Robotization

The pace at which self-driving vehicles will take over Moscow is different in these scenarios, but the speed at which shared car services become used more widely is equally slow: the fraction of shared vehicles on the road per day is insignificant.

In the Stagnation Scenario, self-driving vehicles in 2030 will amount to about 10% of vehicles on the road, and by 2035 this number will be 34%. In the Robotization Scenario, the share of self-driving cars will increase from 18% in 2030 to 61% in 2035. However, the benefits reaped from driverless technology in these scenarios will not reach their full potential.

Due to weaker technological development, the rate of automobile accidents in the Stagnation Scenario will decrease to a lesser extent than in other scenarios. Most cars in the city will not be self-driving, and the human factor will therefore play a larger role. In the Robotization Scenario, insufficient quality control over autonomous transport–its condition, location, and IT system security–will pose a serious obstacle.

This will increase tension on the roads due to growing congestion. By 2035, according to both scenarios, the number of cars will reach up to 6 million (compared to 4.7 million in 2019), as well as the number of car owners. While there are currently 293 cars per every 1,000 Muscovites, this number will reach up 464 by 2035.

While costs per trip will decrease overall, costs will nonetheless go up due to service costs and the prices of more expensive self-driving cars.Absolute Mobility and Shared Use

Unlike the previous scenarios, these scenarios are characterized by a large proportion of shared vehicles. In the Shared Use Scenario, the rate of integration of driverless technology into car sharing is low; sharing services instead rely mainly on human drivers. In the Absolute Mobility Scenario on the other hand, the rate is high: most transport will be carried out by self-driving vehicles, and the effects of car sharing will reach their optimal potential by 2035:

The number of passengers per car will double up to 2.3 passengers;

Up to 32 people will use one SAV per day.

All this will reduce city residents’ need for personal vehicles, save time, and eliminate the need to worry about parking (if parking privileges for shared cars are preserved).

Accessibility to shared services will not be determined by one’s socio-economic status or health, though it will give rise to social tensions as these services reshape the labor market.

The city will breathe easier: the number of cars will be reduced as much as possible–to 1.6 million. Traditional public transport will have fewer passengers, and some routes will be eliminated.

‘Scenarios with a high proportion of shared vehicles will enable a smaller fleet of vehicles to satisfy a greater demand for passenger transportation,’ the study authors conclude. According to their estimates, under the most favorable forecast for 2030, 58% of trips per day will be made in shared vehicles, and by 2035, this number will increase to 77%. These numbers correspond with global estimates of the effects sharing services in megacities

.In Order to Improve Something, Restrict It

Whether or not the scenarios become a reality depends on the measures taken by the authorities to regulate the auto market. The current transport policy, according to the researchers, is inefficient. It gives rise to weakly controlled personal vehicle ownership growth, and if city governments do not put restrictions in place, driverless cars will get stuck in the same traffic jams as those with drivers.

The number of self-driving vehicles should also not be allowed to grow unchecked. However, to stop the degradation of the urban environment, the city should invest in them as well as shared transport. Car-sharing companies should be encouraged to purchase self-driving vehicles, and city residents should be encouraged to forego owning personal vehicles in favor of using shared forms of transport.

In order to achieve this, the researchers propose a comprehensive set of measures, distributed in accordance with each scenario.

For the Shared Use and Absolute Mobility scenarios, both of which are characterized by a high usage of shared vehicles, the number of personal vehicles can be reduced if:

– Car ownership becomes more expensive due to the introduction of a transport tax;

– Legislation is passed to limit car ownership rights only to those who own or are renting a long-term parking spot that is within walking distance of one’s home.

To make the Robotization Scenario a reality, it is important to increase the share of self-driving cars. This can be achieved by prohibiting the use of vehicles that are more than 10 years old or by increasing the vehicle tax.

Tax rates can be determined in accordance with the level of a vehicle’s autonomy: the more autonomous it is, the lower the tax. In addition, the introduction of so-called e-pricing–fares for traveling within the city depending on the time of day and travel zone–can help reduce personal vehicle traffic.

Fiscal changes and new requirements for owners of personal vehicles are far from the only thing needed, but these are the changes city residents will feel most.

Initiatives will turn into social costs, including ‘forced changes to transportation behavior models’, increased travel costs, and the need to adapt to new technology.

Therefore, transport policy, among other things, should be proactive. It should anticipate adverse effects and keep citizens as informed as possible. Future benefits need to be clearly justified, and measures should be ‘introduced gradually and announced in advance, several years before the decisions go into effect.’

The post Car sharing minus the driver appeared first on thesharingeconomyradar.com.