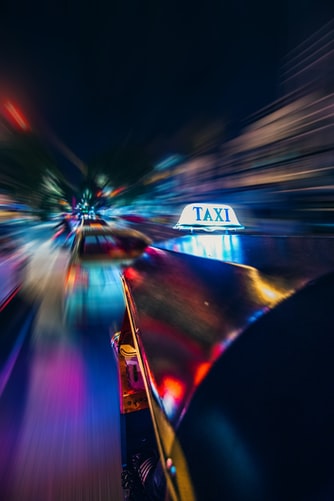 Chinese tech giant Baidu opened a 2.5-acre test track and operations base for autonomous vehicles last week, its third such site in the country and its latest move to dominate the “robotaxi” industry.

China’s self-driving vehicle market is moving faster than that of the United States thanks to government regulatory support. In the past year, Baidu and AV competitor AutoX, backed by e-commerce giant Alibaba, have announced a series of steps in the race toward what promises to be a massive market.

Swiss bank UBS estimates that by 2030, the global robotaxi market will be worth at least $2 trillion annually, with robotaxi fleet purchases accounting for 12% of all new cars sold.

In April last year, Baidu began offering free robotaxi trips in Changsha within a pre-defined area, followed by Cangzhou and Beijing. Then, in December, AutoX launched a trial of driverless robotaxis in the southern city of Shenzhen and opened that service to the public in January this year. In May, Baidu started commercial robotaxi service within a 1.2 square-mile zone in western Beijing and last month opened a pilot program to the public covering a 60-square-mile district in the southern city of Guangzhou.

The Shanghai operations center will serve as a base for Baidu’s Apollo brand robotaxis, robobuses and other types of autonomous vehicles in the region. The base will collect data and calibrate connected vehicles and act as a remote control center.

“Our base will serve as an intelligent connectivity ecosystem and expand to over 200 operating vehicles to become the largest autonomous driving fleet in East China,” said a Baidu spokesperson.

AutoX opened a robotaxi operations center in Shanghai last year, and has been offering limited robotaxi service to the public in Shanghai for more than a year. The company’s robotaxi service in Shenzhen, meanwhile, operates without a safety driver or operator in the car. “This is still the only fully driverless RoboTaxi operation in China until today,” said Jewel Z. Li, AutoX’s chief operating officer.

This is still the only fully driverless RoboTaxi operation in China until today.

Chinese regulators began allowing limited robotaxi trials June 2019 and this January, the Ministry of Industry and Information Technology released a draft policy permitting AV testing on highways with a goal of opening the robotaxi market by 2025.

Baidu has announced plans to deploy 3,000 robotaxis in 30 Chinese cities by the end of 2023. AutoX and WeRide, which is backed by the Renault-Nissan-Mitsubishi Alliance, have similarly ambitious goals.

China is pursuing other self-driving vehicle applications, including autonomous heavy trucks. Baidu is working on a robotic excavator system with the University of Maryland, integrating perception, planning, and control capabilities to enable material loading with no human intervention. The excavation system has been deployed in real-world scenarios, operating continuously for over 24 hours at a time.