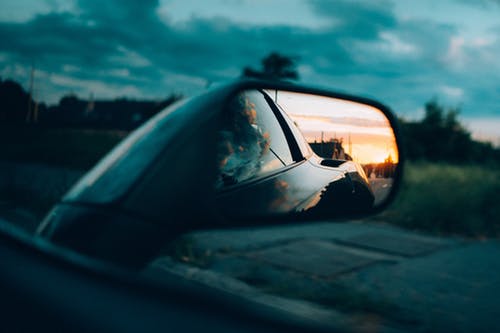 Distance to a Station in Regional Transit Networks

The fact that many residences and businesses are situated farther than an easy walking distance to a transit station is known as the last mile problem. Rapid transit solutions such as trains (light rail, heavy rail, and commuter rail) and buses are often used together to increase a region’s public transit coverage, but because they stop only every mile on average, geographically, most locations in an urban area are beyond an easy walking distance to a station. This problem is a barrier to better utilization of a rapid transit network.

The Problem of Walking the Last Mile

Note, however, that you can’t just draw a circle with a mile radius around a station and conclude that all locations within that circle are within walking distance. Noncontiguous street networks and cul-de-sacs can mean that even though you might be within one mile of a station as the crow flies, you are more than a mile in walking distance from that station.

Transit planners face the task of facilitating pedestrian access to transit stations. They typically see two challenges. The first is making sure that the access points are pedestrian-friendly. Nobody wants to walk along a desolate highway with a speed limit of 45 mph. One solution is building segregated bicycle/pedestrian paths. Second, pedestrians need good wayfinding along the access points. Notable in this regard is central Washington, D.C., which features many road signs that advise people of the direction and distance of the nearest Metro station.

One aspect of pedestrian access that is often overlooked is the actual entrance to the station. In an attempt to value-engineer to save money, many recent rapid transit projects in North America, particularly projects with underground stations, have built stations with only one entrance.

Having only one entrance means that over half the passengers using that station are likely to have to cross at least one and possibly two major streets to enter it. If the traffic light cycle is long, they might wait five minutes just to get from one side of the intersection to the station on the opposite side. Certainly, having at least two entrances to any station is key to pedestrian access.

Using a bicycle is an excellent way to traverse the last mile from the station, but given space constraints, bringing bikes on the trains themselves is not feasible. Providing secure bike parking at the station is imperative, and providing easy bike rental for cyclists to use at their destinations is also important. While bike parking has long been present at many rapid transit stations, bike rental has increased in recent years, with several cities installing bike-rental stations near popular destinations, including rail stations.

The least desirable way to bridge the last mile is via automobile, either via “kiss and ride” drop-off locations or park-and-ride lots. Any area dedicated to car infrastructure leaves less room for transit-oriented development and the construction of buildings that act as trip generators. However, in low-density suburban areas, the only realistic option may be to arrive at a station by car, so park-and-ride lots will continue to be necessary.

The post The last mile problem appeared first on thesharingeconomyradar.com.