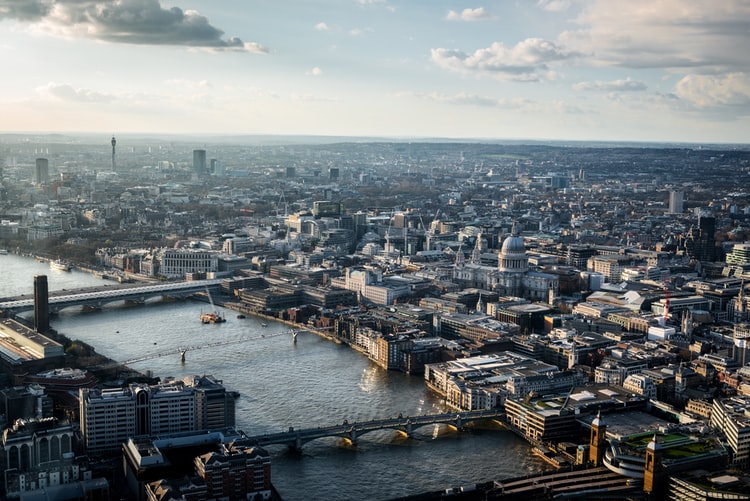 Multiple companies are working on new aerial modes of transportation, be they taxis that fly, drones that drive, or cars that drive and fly. What most of these vehicles have in common is that they’re intended for just a few people to ride in at once, like airborne Ubers. But a New York-based startup is thinking bigger, quite literally: Kelekona is developing an electric vertical takeoff and landing (eVTOL) vehicle that will be able to transport 40 people at once.

The aircraft’s design is sleek and futuristic, with a flat shape not unlike a UFO. But for all the apparent flare of the design, Kelekona’s founder, Braeden Kelekona, actually has practicality on the brain; he told Digital Trends, “We have a really small airspace in New York. It never made sense to us to create a small aircraft that was only able to carry up to six people. You have to have the kind of mass transit we rely on here in the city. It makes sense to try to move as many people as possible in one aircraft, so that we’re not hogging airspace.”

He’s got a point. There’s a lot more space in the sky than on the ground, obviously, but flight paths need to be carefully planned and contained within specific areas, particularly in and near big cities. If flying taxis became affordable enough for people to use them the way we use Uber and Lyft today, there would quickly be all sorts of issues with traffic and congestion, both in the sky and with takeoff and landing space on the ground. So why not take a scaled approach from the beginning?

Speaking of affordability, Kelekona says that’s a priority, too. It may play out differently, especially in the technology’s early stages, but the intention is for tickets on the drone bus to cost the same as a train ticket for an equivalent distance. The first route, from Manhattan to the Hamptons, will reportedly have a 30-minute flight time and an $85 ticket price.

Other intended routes include Los Angeles to San Francisco, New York City to Washington DC, and London to Paris—all in an hour, which is comparable to the time it takes for a regular flight right now. One of the differences, ideally, will be that the eVTOLs will be able to land and take off closer to city centers, given that they won’t require long runways.

For this same reason, the company also envisions a streamlined approach to connecting warehouses; its aircraft will be able to carry 12 to 24 shipping containers, or a 10,000-pound cargo payload.

Moving that much weight, plus the weight of the aircraft itself, will demand a lot of battery power. The aircraft’s body will be made of 3D printed composite and aluminum and equipped with eight thrust vectoring fans with propellors whose pitch can change for the different stages of flight: vertical takeoff, forward flight, and landing. All of this will be built around a giant modular battery pack.

“Instead of building an interesting airframe and then trying to figure out how to put the battery into that aircraft, we started with the battery first and put things on top of it,” Kelekona said. The battery pack will have 3.6 megawatt hours of capacity, and will be built for easy swapping out with new iterations as battery technology continues to improve. The aircraft’s energy requirements will likely be the biggest challenge Kelekona faces in its design, production, and launch; at present, the aircraft is still in the computer simulation phase.

A British company called GKN Aerospace is developing a similar concept. Announced in February, Skybus would fit 30 to 50 passengers, and is intended for “mass transit over extremely congested routes.” Despite being made for vertical takeoff and landing, though, the aircraft design has large wings on either side; this would make it more challenging to find adaptable space in urban areas.

Kelekona plans to start with cargo-only routes, with passenger routes planned for 2024, pending approval by the FAA.

The post This drone bus will carry 40 passengers between cities for the price of a train ticket appeared first on thesharingeconomyradar.com.