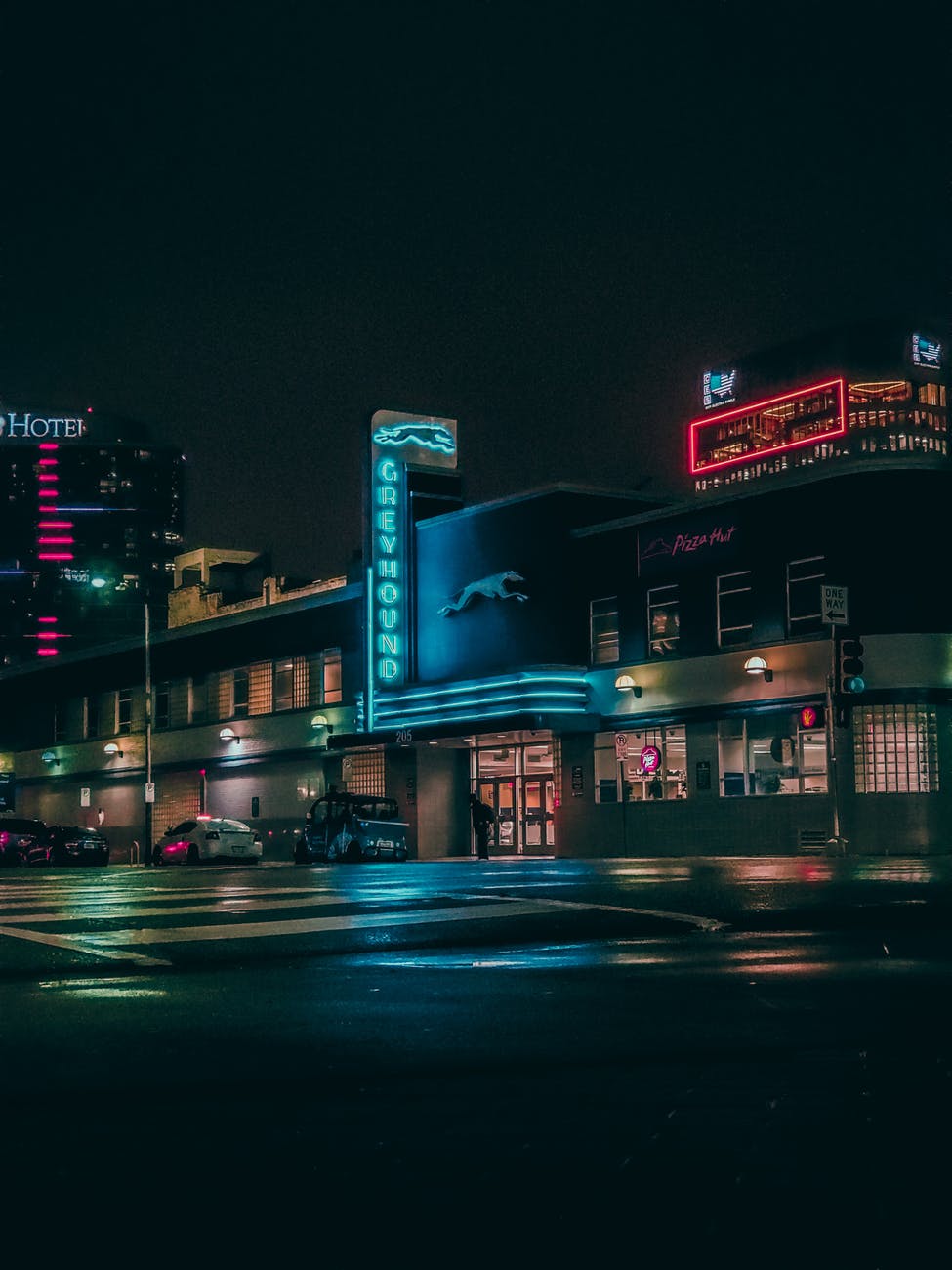 Autonomous vehicles could soon lead us down the road so efficiently that they reduce traffic gridlock and air pollution while saving lives and money on infrastructure projects.

On the other hand, people could be attracted to riding in self-driving cars more often, making our highways even more crowded. Autonomous vehicles could also generate more trips in the process of driving themselves between dropping people off and their next pick-up. And it should be a major concern that transit systems could lose ridership and put all those people onto the road in autonomous vehicles.

Weighing both sides, there may be two keys to having autonomous vehicles enhance and possibly improve the country’s current flawed transportation network. Without them, AVs stand a good chance of making roads a lot worse.

At TU-Automotive, a major AV conference in Detroit this month, Sam Schwartz, CEO of Gridlock Sam and former traffic commissioner of New York City, noted that vehicle miles traveled decreased between 2003 and 2014 in the United States.

“It wasn’t caused by the recession. It was millennials. They weren’t driving 1 or 2 percent less. They were driving 20 to 25 percent fewer miles. That was extraordinary, and the trend was that driving and parking [for millennials] was a hassle,” said Schwartz, referencing a new report on the younger generation’s transportation preferences. “The majority of 16-year-old millennials were still getting their driver’s licenses during this time, but those doing so went from somewhere in the 90s [percentage-wise] to somewhere in the 70s. It was dramatic. Meanwhile, transit ridership was going up the whole time.”

Those are the kinds of trends needed to keep in place as carmakers add autonomous vehicles to an already-complex mix of cars, trains, subways, bikes, pedestrians, buses, and much more.

To see VMT stay on that downward trend for millennials, and perhaps creep down for other generations, Schwartz claimed fleet-based autonomous vehicles will be key.

“We could be in a lot of trouble – congestion wise – if people want to own their autonomous vehicles. Most of the studies I’ve seen have shown there will be an increase in VMT if we stay the course.”

Schwartz added, “It gets a bit different with a fleet model. Fleets could keep us from adding lanes and use thinner lanes and could allow us to add things like sidewalks and bike lanes.”

For a fleet model to happen, it’s crucial that automakers get into this new mindset, but equally important for the many carsharing companies step up as well. Kaye Ceille, president of Zipcar, said, “AVs are possibly the biggest of all car technology disruptions. With autonomous cars, cars won’t be parked on the street.”

Ceille added that cities can be transformed by turning all that parking space into green space, parks, and sidewalks. Zipcar is already testing how it would integrate AVs to its fleet and its rental model.

If people broadly embrace a sharing-based model, Dr. Kara Kockelman of the University of Texas estimates that seven of every eight cars can be taken off the highway, with corresponding reductions in demand for parking space.

The assumption that people will let go of personal ownership is a mountain to climb. One study by the University of Leeds predicts that, with autonomous vehicles, VMT will increase by as much as 60 percent because AVs will help productivity rise, reduce the cost of sitting in traffic, and allow people who rarely take a car now to start doing it much more.

And, as Jason Plautz notes in The Atlantic:

A study by the Atlanta Regional Commission predicted that in the year 2040, the number of daily trips and the average trip length will increase due to the better commuting experience. The commission also predicted a decrease in public-transit trips by as much as 42 percent over the baseline in the most extreme projection, which projected total market penetration of autonomous vehicles and myriad benefits, such as reduction in parking cost and lower travel time.

At the Detroit conference, Eric Paul Dennis of the Center for Automotive Research questioned why would should think autonomous cars are the panacea to traffic congestion problems at all. He said there are lots of little common-sense fixes that need to be made before unleashing AVs.

“I Googled ‘smart-city success stories’ and one of the most widely-used technologies I found in smart cities is this thing called [ShotSpotter]. It allows you to put microphones around the city and pinpoint the locations of gunfire, which has become so common in some cities that it doesn’t even get reported,” Dennis said. “These cities have concluded that their city is so violent that it needs [the ShotSpotter]. Why not get a couple of beat cops and a social worker instead?”

His point is well taken in that, in the transportation space, it is common to see agencies choosing the short-term technology patches to long-term holistic thinking about how to make the entire system more effective.

Most of the companies at TU-Detroit were focused on getting the technology right, and they seem determined to give the public AVs whether they want them or not. But another consistent theme was that the problem of traffic can never be solved as long as the entire transportation system is so disjointed.

However, emerging technologies and data can be the connecting pieces that begin to glue it all back together. Susan Zielinski, managing director at the University of Michigan’s SMART project, said, “In every different city, there are different legacies and ecosystems. We have to create open data systems that work across places; local people can customize and personalize it to make it work for them.”

Nathan Potance, vice president of business development at INRIX, replied to her, “We haven’t figured out who the major player is. The uber Uber who controls all the transportation [data].”

Zielinski added, “Technologies can now positively enable cross-sector discussions. It’s really exciting that national and local governments are seeing this as a technology and innovation opportunity rather than just putting transportation in.”

Vijitha Chekuri, senior director of the Internet of Things at Lochbridge said, “If we can get standardization of data set up, then automated vehicles can more easily follow. One way that government can help is to not interfere. All they have to do is let private companies innovate and make smart cities happen.”

For the end game, the public sector and transit have to come along for the ride

And while that all may be mostly pretty wise, there are many issues that cities are better positioned for than the private sector (which, in Detroit, seemed laser focused on making money and refining vehicle performance), including traffic control, pollution, equity, livability, and rulemaking itself.

Transit needs to be a big part of the thinking for becoming an AV society, and that too falls under the public sector’s purview. When you’re going to have more bandwidth of cloud data running into cars than what exists in many homes, how can transit possibly compete with the user experience of autonomous vehicles?

A bright spot is that local transportation departments may finally be trying to out-compete each other with the U.S. DOT’s Smart City Challenge. No matter the winner, that competition needs to continue beyond this particular event. While Atlanta is not a Smart City finalist, Keith Parker, CEO of the Metropolitan Atlanta Rapid Transit Authority, has predicted his agency will be one of the first to “go all-in on autonomous vehicles” as part of the system’s fleet. And simulations in New Jersey support the last-mile complement to transit, finding that AV fleets potentially increase commuter rail ridership by five times its current levels.

Likewise, Kockelman’s University of Texas study found that one self-driving taxi can replace around 10 private cars and boost carpooling. Advocates say the cars will be able to drive more closely together, as well as avoid the accidents that can snarl traffic for miles.

When asked at the Detroit conference whether AVs are part of the solution, Xavier Mosquet of Boston Consulting Group said, “With two people in a driverless cab, it could be the same price point as mass transit. It becomes affordable. You could then replace a lot of owned vehicles. And it’s a tremendous benefit if [AVs] are used for a last-mile solution.”

If AVs can come to market following these models, as carsharing and transit partners work to shift cultural preferences about ownership, it’s certainly possible that the new technologies will begin to create more efficiently flowing highways and streets.

The post Two keys to how autonomous vehicles could ease congestion appeared first on thesharingeconomyradar.com.